One of the many differences with modeling for 3D printing is the file prep which must be done.  The model has to be exported as an STL file (Standard Tessellation Language) which is meant for printing and CNC work and describes the surface geometry of the model.  The STL file must also be checked in mesh repair programs which will look for holes in the mesh, duplicate vertices, non-manifold edges (edge which touches more than two faces), inverted normals (flipped geometry faces) and more.  Sometimes additional work will have to be done on a part before it will run through correctly.

I printed in different materials so I had the additional step of dividing out all the parts to their separate materials.  This gets tricky when one part uses multiple materials because each material has to be exported separately and then reassembled in the printing program where the materials are assigned.  Here's a walk through: 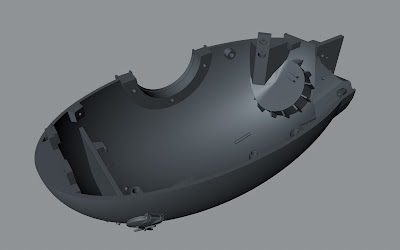 The dark gray, medium gray and black are all exported as separate STL files.
Great care must be taken to ensure none of the parts move in any of the files or they won't recombine correctly when printed. 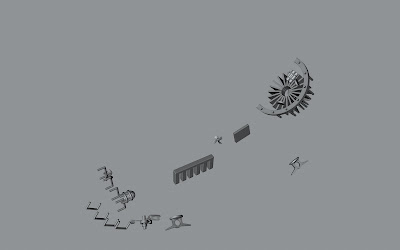 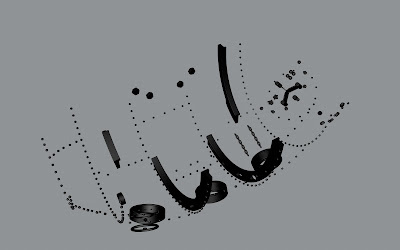 Each file must be run through mesh repair programs.  I used MeshLab and netfabb both of which are free.
MeshLab has a ton of features and is very good at removing duplicate faces and vertices but netfabb has a really nice automated repair feature which works great.

Another step which should sometimes be done is decimation which is the process of reducing the polygon count. Generally the printing machines can handle a ton of polys but some of my parts were much too heavy and needed to be decimated.  This was generally from all the smoothing that needed to be done or booling processes.  I used ZBrush to decimate which was a relatively simple process.

Finally, I had to lay out the parts for printing.  The print software will attempt to rotate and arrange objects for optimum efficiency and to lower the amount of printing material used.  The print lab and I have found that it often doesn't do a very good job.  The first time the print software arranged a body part it was going to cost over $300. After we re-arranged it the price dropped to $200.  Sometimes you may also arrange parts so the print lines go a certain way. For example, the tentacles were laid out longways on the bed so the printing lines would go along their length, therefore making them stronger.  I oriented the faceplate and lid the same way so the print lines would match, etc. 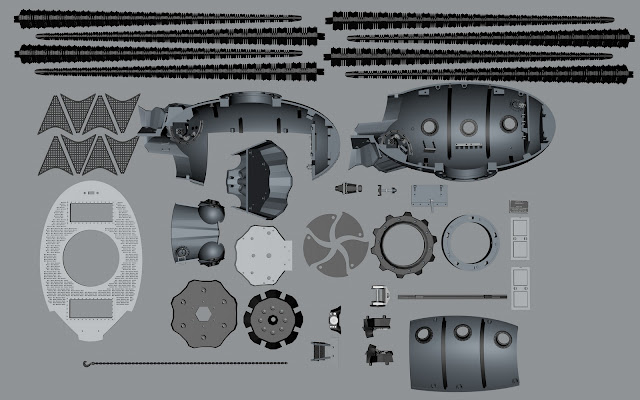